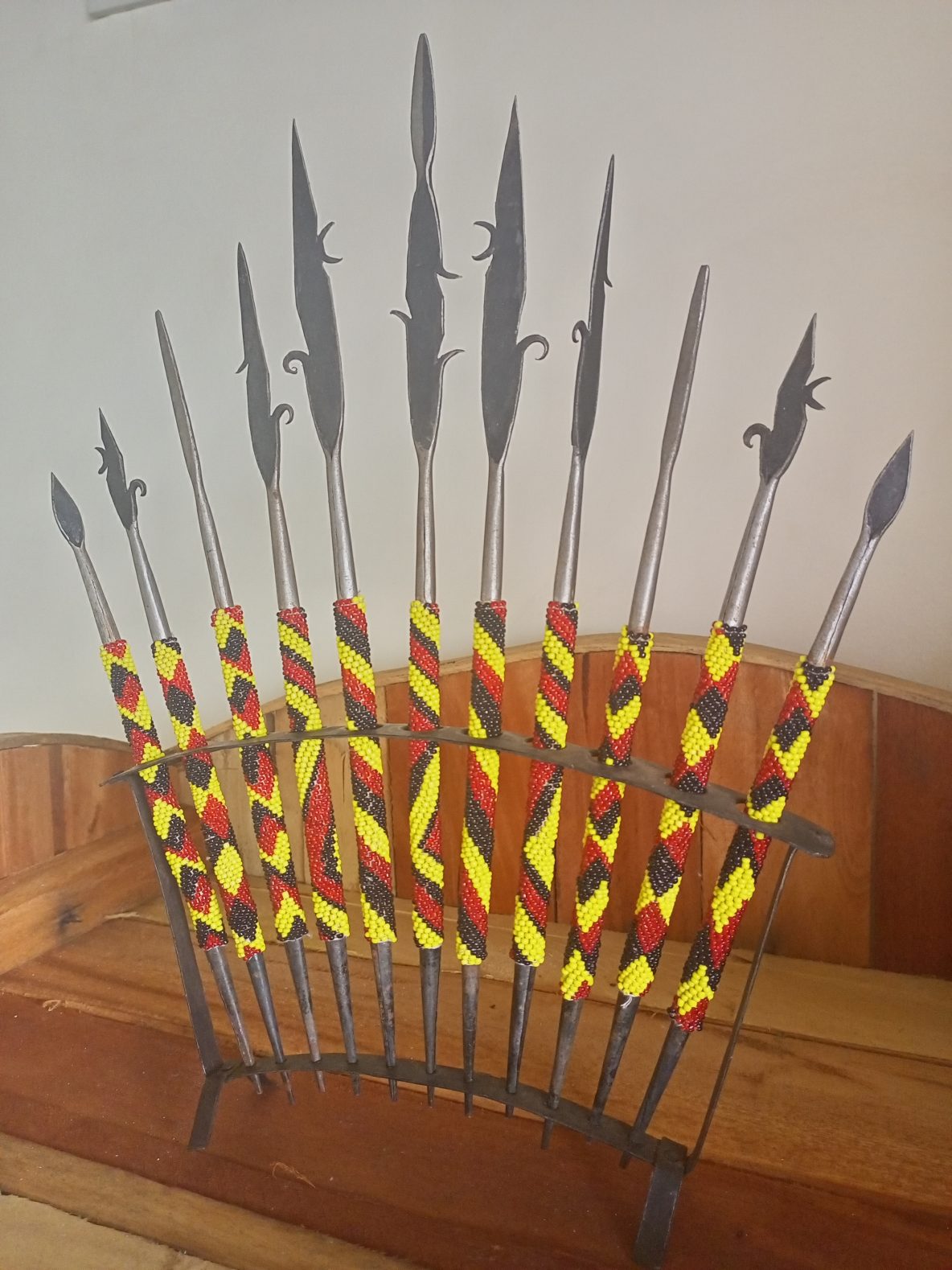 No Hindrance to the Gospel Message

*editor's note: This article was originally published in the AFLC Winter News.*

This picture looks innocent enough... Okay, I give it to you, since they are spears they may look a little intimidating, but knowing that they represent some of the tribes and the colors of Uganda, they are kind of intriguing.

I am pleased to be writing this now from my office at Central Market in Gulu. I had these spears up in the office but with the first visitor, we started to realize that they may have to come down. We were told that visitors, upon seeing these will be thinking witchcraft. I later found out through my language teacher that it was not due to the spears but to the beads used for the decoration. WHAT!? Neighboring friends later confirmed that the witch doctor himself would use the beads for different things but especially for charms that they would make and sell. We seldom think about witchcraft in the west and much less about the possibility of curses but here it is a reality the people live in daily. In fact, my language teacher is also a musician and he translated the song, Break Every Chain, and as he translated it he mentions that lyrics ring true: “there is power in the name of Jesus to break every chain – break every curse – break every chain.”

How do you approach ministry in a culture so rooted in the enemy’s domain? I would say it is no different than in the west. Pray! In praying we are praying for wisdom, power, and ultimately praying for the salvation of souls. When we pray this, we are comforted by His Word in knowing that we are praying for His will to be done. And that leads into the next, trusting God at His Word. He is who He says He is and He does what He says He will do! If we believe this, what can actually cause our lips to be silent?

Nothing should! But too often we become like Peter and fear the situation around us. Are we to fear the power of witchcraft or are we to fear a culture in the west that is becoming more and more ungodly? NO! Nothing will overcome the Church! The gates of Hell, themselves have no power. It is we as Christians who are called to storm the gates of Hell and steal from the devil, himself, that which once belonged to our Good and Gracious God! 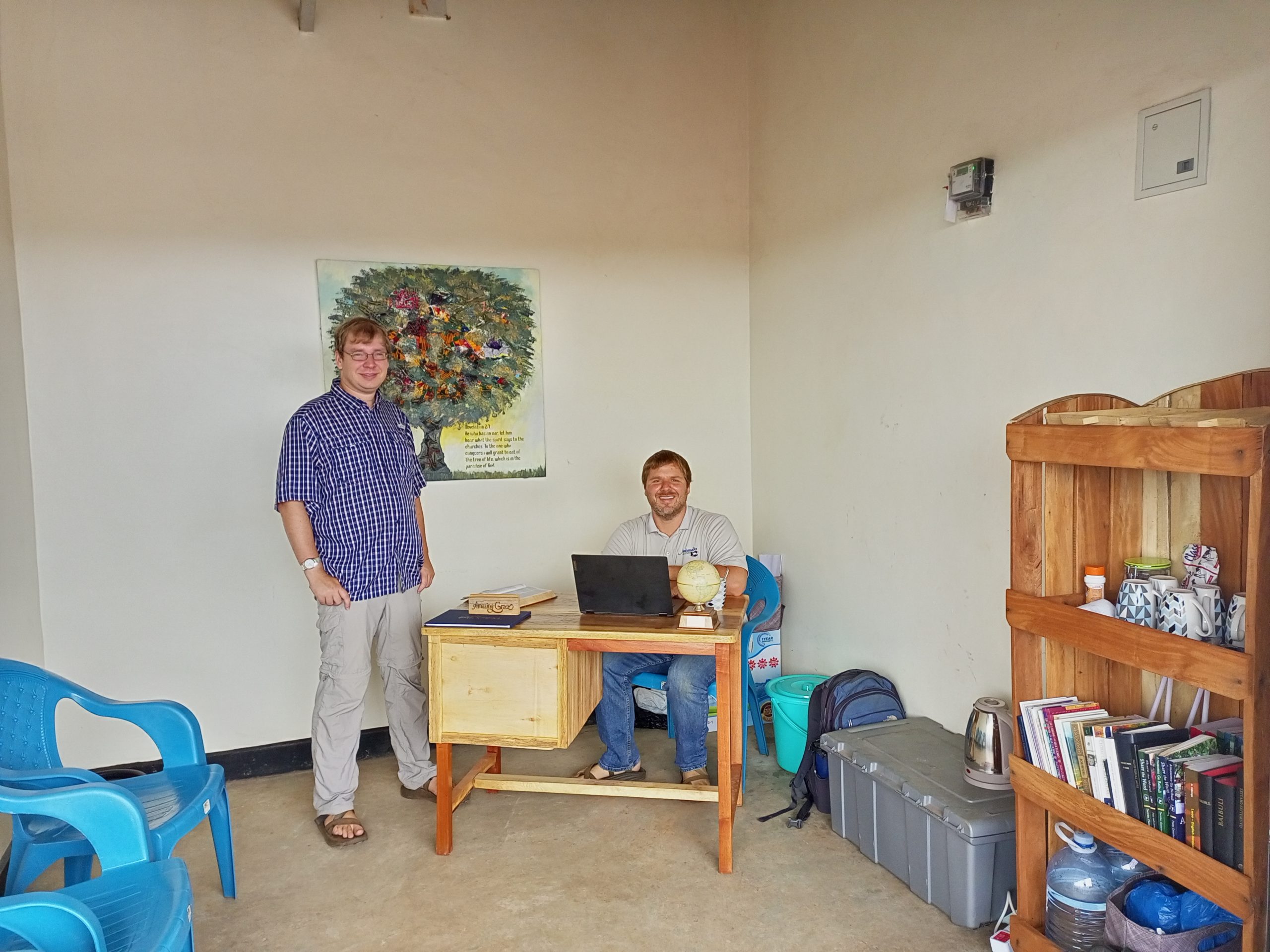 Michael Rokenbrodt and I in our new office in Gulu

With all that being said, yes, I took down these spears from the office, not out of fear of the beads and/or witchcraft that they may or may not have been a part of in the past but wanting no hindrance being up that would keep someone from hearing the message of Jesus’ death and resurrection!

Ephesians 6:18b-19, “To that end keep alert with all perseverance, making supplication for all the saints, and also for me, that words may be given to me in opening my mouth boldly to proclaim the mystery of the gospel.”