Brent and Emily Raan accepted the call as AFLC missionaries in 2015. They have made their home in Uganda, Africa with four growing children: Amalea, Sarala, Isaiah, and Amari.

Initially, the Raan family was stationed in India but when their visas had expired, they were declined permission to reenter the country. No longer able to continue their ministry in India, Brent and Emily looked for God’s calling for their next steps. It became clear to both of them that Uganda was their next location in the mission field.

When they first arrived in Uganda,  the Raans partnered with local Christian leaders in the teaching of the World Missions’ Ambassador Institute program. A Bible training curriculum, Ambassador Institute holds high the word of God as the sole textbook with teachers leading anyone who would want to take the opportunity to study the Bible. The program is solidly foundered on the importance of Scripture, using oral teaching to share doctrinal truths.  “By the end of the two-year course,” Brent shared, “those who will graduate will have approximately 2,200 Bible verses memorized.”

Brent, Emily and their children: Amalea, Sarala, Isaiah, and Amari 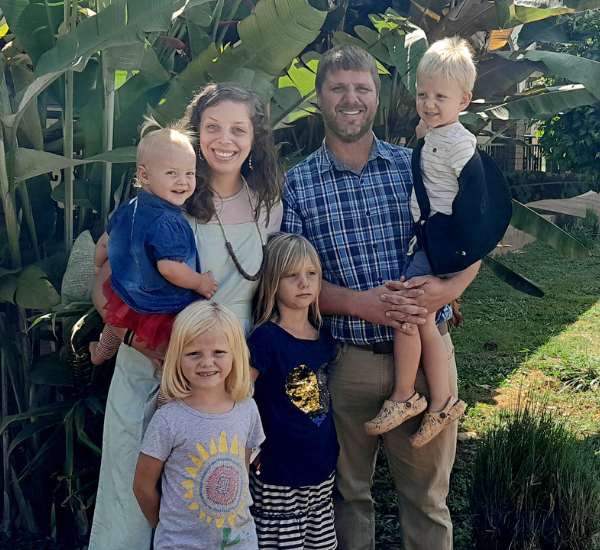 The truth of Scripture is life-changing and brings reformation to the churches of Uganda. In Uganda, the prosperity gospel and experiential theology is very popular . The teachers of Ambassador Institute are coming alongside anyone who desires to study the Scriptures and teaches them how to know and learn biblical truths for themselves.  Ugandans are very relationship-driven, and in this way, one on one training in the Scripture through Ambassador Institute has been a great tool for discipleship. More recently, the leadership for Ambassador Institute transferred over to the Ugandan board with our AFLC Missionaries in a more advisory role.

In 2020, Brent and Emily made a relocation north with hopes of planting a new church in a region of Uganda that has had little opportunity to hear the gospel. Although war-torn by the atrocities of Joseph Kony, the town of Gulu in northern Uganda has seen a population growth with people starting to return in the last five years. The Raan family anticipates the opportunity to share the hope of Jesus Christ with hurting people. “Emily and I both have felt that intentionality is the calling of our ministry,” Brent said, “being an everyday example of what it is like to live out your faith in Jesus—as a husband and wife, father and mother.”

Brent and Emily are learning the language of Acholi and building relationships with the people of Gulu. By the grace of God, Brent and Emily are excited to see gatherings begin and future churches planted and founded solidly on the Word of God.